Hints of life at KCPM-DT (MNTV, Grand Forks, ND) this week as the signal returned to air following a long absence.  KCPM also filed an FCC Form 317 earlier this month, though its licence renewal is nowhere to be seen ahead of its April 1 expiration.

Today, an over-the-air antenna scan in Grand Forks will reveal 6 new streams on Channel 27 — with virtual channels 2-1 through 2-6 (making for an interesting dial conflict, as KGFE also has a channel 2-3).  2-1 carries KCPM programming and the rest are dead air.  None of the channels appear to provide the Station ID data, and I’ve yet to see an hourly station ID card.

It seems like a lot of effort to go through for less than two weeks of business.  This is my guess: the station transmitter is being set up to do a digital flash-cut for 3ABN translator K17HG, which has been using six program streams on most of their transmitters.  If the Channel 2 association is meant to be permanent, however, there may be a bigger station swap afoot in Grand Forks. 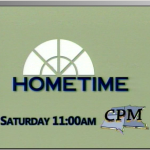 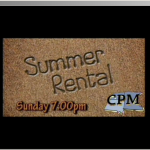